Metaphysics Definition
The
Introduction To Metaphysics

Metaphysics Definition is the branch of philosophy that deals with the first principles of things, including abstract concepts such as being, knowing, substance, cause, identity, time, and space.

Metaphysics has two main strands: that which holds that what exists lies beyond experience (as argued by Plato), and that which holds that objects of experience constitute the only reality (as argued by Kant, the logical positivists, and Hume). Metaphysics has also concerned itself with a discussion of whether what exists is made of one substance or many, and whether what exists is inevitable or driven by chance.

Science is knowledge of facts built around some proven principle. All that we know about any science is that certain things happen under certain conditions. Take electricity as an example; we know that there is such a thing as electricity; we have never seen it, but we know that it exists because we can use it; we know that it operates in a certain way and we have discovered the way it works. From this knowledge we go ahead and deduce certain facts about electricity; and, applying them to the general principle, we receive definite results. No one has ever seen the power or the energy that we call electricity; and the only proof we have that it really exists is that from it we receive light, heat and motive power.

No one has ever seen any of the great causes that lie back of the manifestations of life, and perhaps no one ever will; but we know that such principles exist because we can use them.

Metaphysics Definition
is a place to learn your basic terminology.

I am a Science Of Mind minister and the SOM text book says this:

"There is a power in the universe which acts as though It were Intelligent and we may assume that It is. There is an activity in the universe which acts as law. We know this to be true. And there is a formless stuff in the universe, forever taking form, and forever changing its form; this also is self-evident. We have every right, then, to assume that there is a threefold nature of Being which we will call Spirit, Soul and Body. We will think of the Spirit as the great Actor, the Soul as the medium of Its action, and the Body as the result of this action. We will think of Spirit as the only Conscious Actor, the only Power that knows Itself. We will think of Soul as a blind force, obeying the Will of Spirit; and we will think of Body as the effect of the Spirit, working through law, thus producing form. We will say that neither the Law nor the stuff from which form comes has any conscious intelligence, but must, because of its nature, take the form of the Word. This simplifies the whole matter and enables us to see that in the entire universe One Power Alone really acts, the Power of the Word of God.

The chart in lesson one of this series is an attempt to portray the Threefold Nature of the Universe; to show how the Spirit, acting through Law, becomes Form; for this is the inner meaning of Creation." 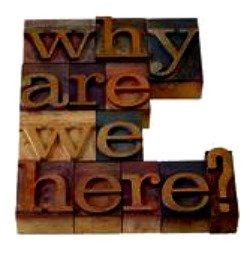 Never was time It was not; End and beginning are dreams."