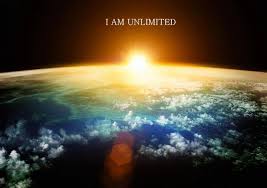 LET THE GOD IN YOU SHINE THROUGH

What does Metaphysical Freedom mean to you.

This is your Unique chance to help others, and create more Positive flow from the Universe.

This page is dedicated to all my Brothers and Sisters who walk the same path.

I am a Science of Mind Minister and Ernest Holmes is one of my mentors so I wanted to share this with you.

His teachings have given me Metaphysical Freedom.

The Spiritual Meaning of Freedom

From a talk given at the Wiltern Theatre, Sunday morning, July 4, 1937 by Ernest Holmes:

"Ever since the dawn of civilization, ever since the first humans began to grasp the significant fact that they were individual beings in a universe that seemed to be more or less hostile to them, the entire search of the human mind, its whole endeavor, has been to get free from evil, from bondage and the shackles of lack, want, fear, superstition, uncertainty, pain, disease, poverty, and fear of the hereafter. And because of this, human systems exist -- organized philosophies spring up, sciences develop, educational systems are conducted, collective security is sought after, and religions are formulated to allay the fear of humankind relative to the soul.

The great demand in the world today is for a sense of security, freedom, and liberty. But we must be very certain that we do not swap one image of bondage for another. I have read a large part of the religious and philosophic history of the world and I have noticed that almost invariably, when the world traded one kind of religion for another, it didn't get a good deal. The Pilgrim Fathers who came to the shores of New England came to worship God in their own way, but the moment they got there, everybody in the colony worshiped God in the way that the strong-minded members of that colony decided was the way to worship God. That was not freedom.

Even in our newer religions of the last seventy-five or a hundred years, very frequently we meet people who say they have now found the truth, and then, unfortunately, a large majority of them disclose that they merely have found an idea they liked and called it the truth because they were egotistical, self-conscious, self-righteous people with an attitude of condemnation toward others. That is not the truth. In studying one system of thought after another that has transpired in the last seven thousand years of human history, I have noted how extremely difficult it is for the human mind to conceive liberty without license, without egotism; and we can only give birth to freedom when we have conceived liberty.

True freedom -- true liberty -- has something cosmic behind it. If the time has come that modern science has proved that we cannot move a piece of paper without changing the balance of the entire physical universe; if we have come to the place where we know that the stuff of which our physical bodies are made is the same stuff of which the planets are made; if we have come to the place where such a profound unity is maintained that physicists believe there is no such thing as disunity in the physical world; then we can easily see what the great spiritual leaders of the ages meant when they told us of that greater unity in which we all live and move and have our being, and that the idea of freedom itself is tied up with the true concept of the unity of good. If our nature is one, if God is one -- and we know that God must be one, for the universe cannot be divided against itself -- then we are all tied into an indivisible unity. We shall have to get back to this unity to find the meaning of freedom. Nothing in any part of this cosmic whole could be considered freedom that would destroy the liberty of some other part of it. That would be self-destruction, would it not? As Jesus pointed out two thousand years ago, that would be a kingdom divided against itself. The kingdom of God is one kingdom. So we know that true liberty must spring from true unity.

We are bound into a supreme unity, we are tied into an immutable law of irrevocable cause and effect -- that is unity moving into action. Cause and effect is something that happens as a result of the use of unity. Consequently we are one even while we are many, and since each one of us is a part of the whole, if we seek to destroy each other we only ultimately hurt ourselves. That is the great lesson of life.

Freedom, then, will come only in such degree as we no longer do anything that hurts anyone, but that does not mean we have to become spiritual or intellectual doormats. I do not believe in that. Nothing in my belief causes me to feel that God or the Creative Principle wants me to suffer for myself or for anyone else. I do it, I have always done it, perhaps I always shall in this world -- but I know that it is wrong. How can the Supreme Being desire my suffering without imposing that suffering, and what kind of a universe has a God who suffers and imposes suffering in a changeless reality? The whole theology and religious reaction of people who believe that arises out of morbidity and fear and superstition and nothing else.

Well, it is not so -- and still we suffer. Why? Because we do not understand. We might say that the world suffered darkness until somebody discovered electricity. It suffered crawling around on the face of the earth until technology was developed so we could fly and drive. It suffers limitation, not because the Infinite imposes limitation, but because the world does not understand its freedom. And when it begins to develop its freedom, seldom does it do it directly; it generally creates a new bondage. When we kill the old devil we are very likely to give birth to a new and more subtle one. War is more to be feared than ever before because we have more knowledge without more wisdom. And final freedom will come only as it is tied into divine wisdom.

We desire freedom. We do not like evil, we do not like pain, we do not like poverty, we do not like unhappiness. Why should we? None of us likes to go to bed and worry all night and get up tired out in the morning. God does not impose it on us. Why do we do it? Because we sense freedom, we sense liberty, we sense God, yet out here in the objective world we experience limitation; and the argument is between what we feel ought to take place and what we see and the world experiences. It seems as though we are two people, one that experiences evil and one that knows there should be no evil.

The evolution of freedom in the human mind is a slow process. Many movements in the world that claim to be seeking liberty only produce new kinds of bondage. We should beware of them. They are born out of the idea of depression; they are born out of the spirit of bondage. If we want freedom, we must understand that freedom can never come by the imposition of a will of the minority over the majority. It is born finally, and only in such degree as some system is devised whereby individuals are allowed complete freedom so long as they do not, in their freedom, impose bondage on someone else.

I believe that the true spirit of democracy is a spiritual conception where there is freedom, liberty without license, and a flexibility that makes evolution possible on the foundation of freedom. As we enter into the spirit of the meaning of Independence Day, the day when liberty, symbolically, was conceived, the day when freedom, objectively, in our country was announced, we should think of it not merely as a political system or form of government, but we should think of it as a spiritual conception, an idea in the Divine Mind Itself, taking form in human experience; we should learn to love that liberty, and in loving the idea we should learn to tenderly and prayerfully handle the embodiment of that idea and nourish it always to greater strength; we should really conceive again the great spiritual conception of that rugged man of God who said: "...that government of the people, by the people, and for the people, shall not perish from the earth."

Metaphysical Freedom what's it mean to you?

Living Consciously will create a more Loving Universe for all of us.

Those of us who are Blessed and continue to help raise the consciousness of others will show by example how the Law Of Attraction works.

So use this page as your inner voice {A.K.A.} GOD directs you.

Use this opportunity to go inside to the all knowing all loving inner presence.

Talk to God and this will also help you to create more peace and happiness, which is the same as Serenity.

Positive Thinking is your path to Enlightenment..

Help bring Metaphysical Freedom to all your brothers and sisters.

Metaphysical Freedom To All

Sometimes The Teacher
Becomes The Student

My goal is to help Enlighten those who visit. If you have personal experiences that you feel would be beneficial to others please share them.

If you want to write your own page go ahead.

The Energy of the Universe and the personal connection we have with each other will guide your thoughts.

Please confine all topics to the theme of this website
Metaphysics-For-Better-Living.com

Be thoughtful and interesting, Remember you are attracting exactly what you put into the Universe.


Sidebar: If you have written a book and you would like to preview it or have something beneficial to add to this site please let me know.

Go to my page Ask Rev. Bill and submit your questions.