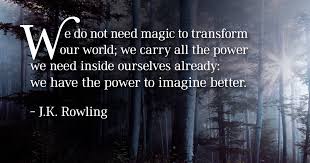 When you change your subconscious you will be enhancing your ability to have a more balanced life.

The Key To Happiness Is The Ability To Change.

What is your subconscious?

The dictionary says this: of or concerning the part of the mind of which one is not fully aware but which influences one's actions and feelings: my subconscious fear.

this part of the mind (not in technical use in psychoanalysis, where unconscious is preferred).

The subconscious is an accumulation of life's opinions, actions and reactions. it is not as hard to change as you might think.

Taking the time to meditate on positive actions is a good way. You vision your self the way you want to be. You see yourself reacting the way you feel a healthy person might react.

Practice acting and speaking the way you feel would be your true higher self. Just like that old saying, "You fake it till you make it."

This is not a bad thing. Anything can be changed. It takes just 21 days to change a habit. So for the next 21 days practice being the person you want to be. You will see subtle changes in who you are becoming. You will see yourself reacting differently in situations you used to have trouble in.

Be prepared to put in a little work. Remember it took a long time to develop negative behavior. It will take some work on your part to change it. So work to change your subconscious and you will never regret it.

This passage was take from the Science of Mind Text Book. Authored by : Ernest Holmes